Cuenca: One of the many gems of Ecuador

Posted on October 2, 2012 by peachandbones

By the time we arrived in Cuenca we had spent a little over 3 weeks in Ecuador, by which time we had visited a handful of its cities and driven threw a dozen more. Those places shaped our view of Ecuador and allowed us to make assumptions about the next town we might visit. It’s safe to say that the city of Cuenca didn’t quite fit the mold of those other places. Cuenca and the surrounding area—especially Cajas National Park—were beautiful. Don’t get me wrong, there is an abundance of beautiful places in Ecuador, but of the places we saw, Cuenca and Cajas National Park top the list.

The most obvious example of this is the architecture. Most of the buildings are in good shape and nearly all of them had vibrant red/orange clay tiled roofs. Some of the streets were paved with nice stones, specifically near the town square. Though small, the town square rivals that of the capital city Quito. The overall beauty of the city, in addition to the low relative cost of living, might be part of what attracts many of the retirees from the U.S. and other wealthy countries. Cuenca has a relatively large expatriate community, somewhere around 1500 people living permanently and another 1,000 with long term visas—according to a New York Times article. It was pretty obvious too–we saw lots of gringos. But it seemed as though the expats and other visitors stuck to a small chunk of the city.

Travelers that might be turned off by the fact that it’s popular stop along the gringo trail shouldn’t be. It’s a friendly and attractive city with great historical architecture, and not to mention, the best variety of food we came across during our travels in Ecuador. The cost of our hostel wasn’t so bad either, probably because we were there just after the busy season. 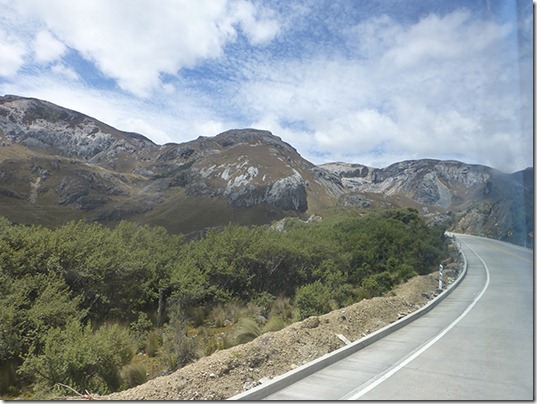 The drive through Cajas National Park was spectacular. The road reminds me of the kind they use in car commercials showing a sweet sports car driving in a beautiful location on crazy windy roads.

The view from our hostel. We stayed at “Tourists of the World” hostel. 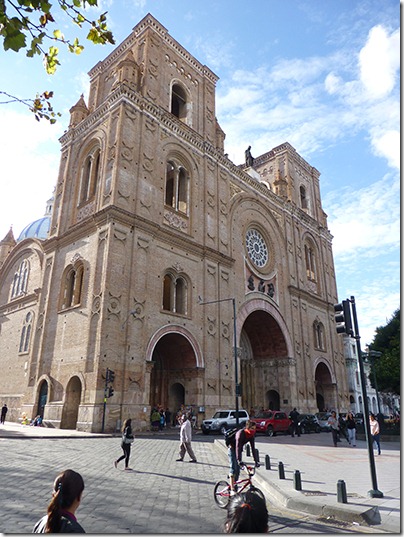 The church in the central square.

Beautiful building near the square. 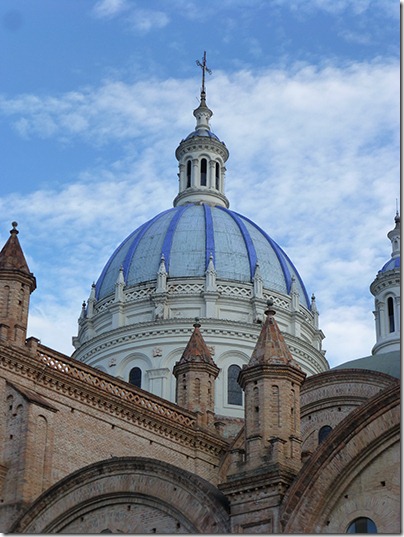 This flower market was open every day that we were there. The stalls were all run by local women.

The local market where we bought most of our food. As usual we had to shop around and negotiate a bit to get the best prices. It had two levels and had pretty much everything you need. What’s interesting is that many of the towns we visit have local markets like this as well as more modern grocery stores. I wonder how long these markets will hang in there.

The Pumppungo site was created and occupied by groups that were part of the Incan empire. I believe the site construction dates back to the late 15th century and was later destroyed by the Spanish. 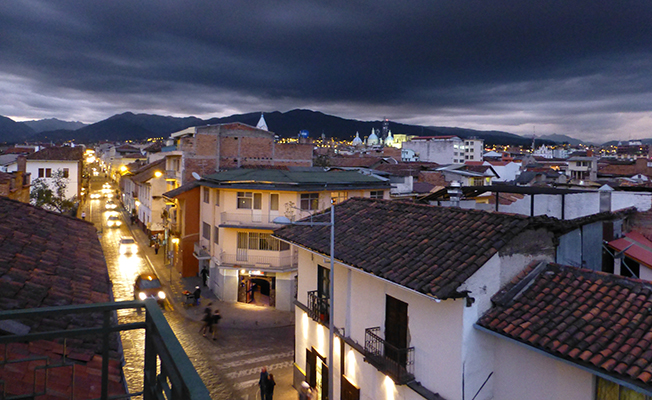 Our last night in Cuenca. This was the view from one of the balconies at our hostel.